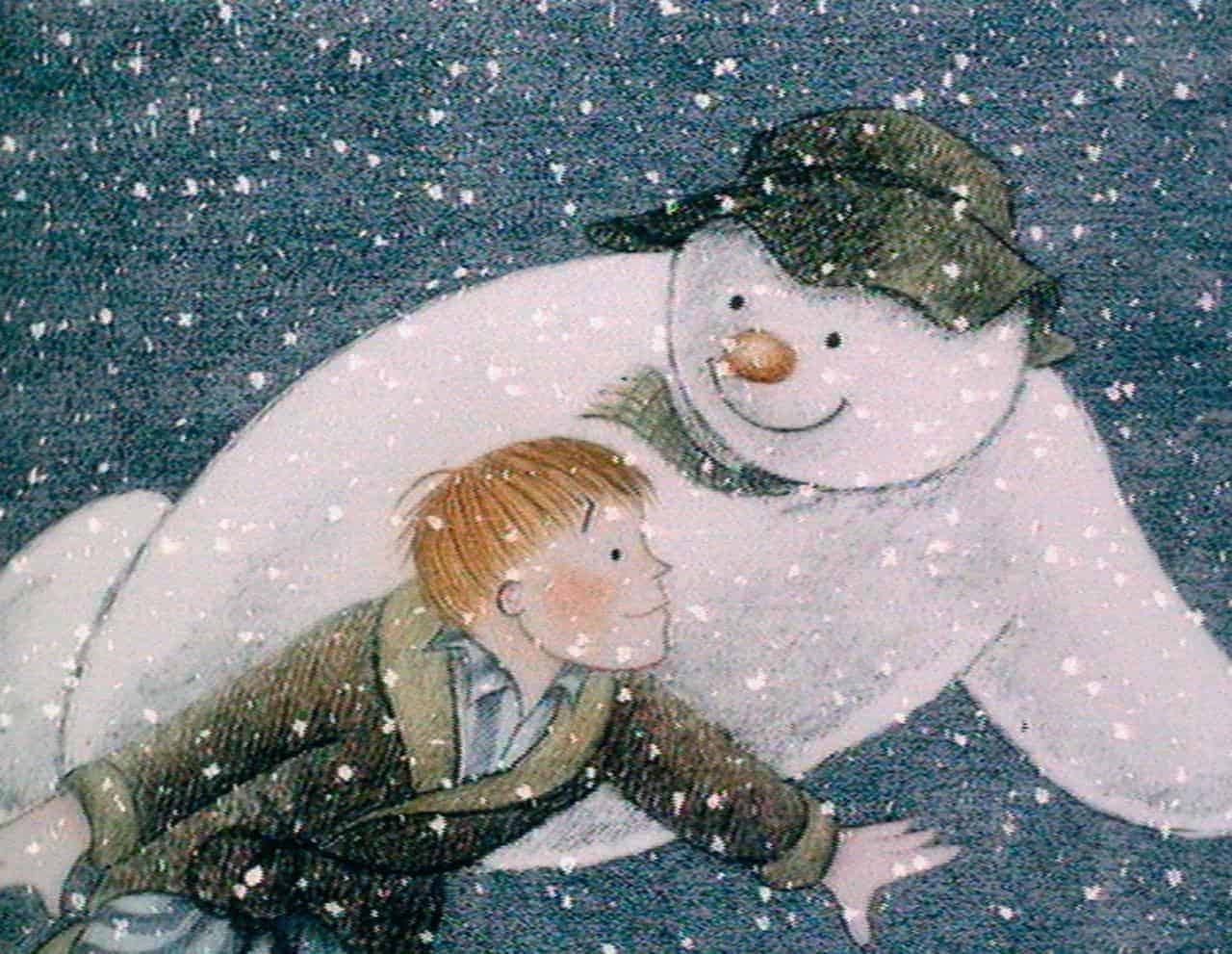 Christmas films always guarantee to get you in the holiday spirit and there are lots of classics to choose from. Here at Birchall we like nothing more at this time of year than cosy-ing up with a nice cup of Great Rift with our families and sitting down to one. We’ve featured a selection of traditional Christmas films through the lens of Birchall Britain. So why don’t you stop struggling with the ball-ball decorations and sit back and relax to one of these greats.

Frank Capra’s snowy festive classic is a true delight, as entertaining as it is message-driven. James Stewart puts in the performance of a lifetime as George Bailey who spends his entire life giving up his big dreams for the good of his town, Bedford Falls, as we see in flashback. But in the present, on Christmas Eve, he is broken and suicidal. His guardian angel, Clarence, falls to Earth, literally, and shows him how his town, family, and friends would turn out if he had never been born. George meant so much to so many people; should he really throw it all away?

The ultimate in cuddly Christmas afternoon movies, this original stars Edmund Gwenn as Kris Kringle or as he would belive it Santa. Doris Walker a no-nonsense Macy’s executive, desperately searches for a new store Santa. She hires Kris who proves to be a sensation but while he is successful, she learns that he claims to be the actual Santa Claus. Doris has misgivings, especially when she has cynically trained herself, and especially her daughter, Susan, to reject all notions of belief and fantasy. And yet, people, especially Susan, begin to notice there is something special about Kris. Kris has to go court to try and prove it. Is he the real Santa Claus?

This early version of Charles Dickens’s much-told story remains one of the finest, with Reginald Owen as Ebenezer Scrooge and Gene Lockhart as Bob Cratchit. Set in the Nineteenth Century, in London, the bitter, greedy and cranky Ebenezer Scrooge hates Christmas and people. On Christmas eve he is visited by the spirit of his former partner, Jacob Marley where he is warned that he must change his miserable ways or face damnation. There’s something oddly comforting about watching snow fall in black and white isn’t there? 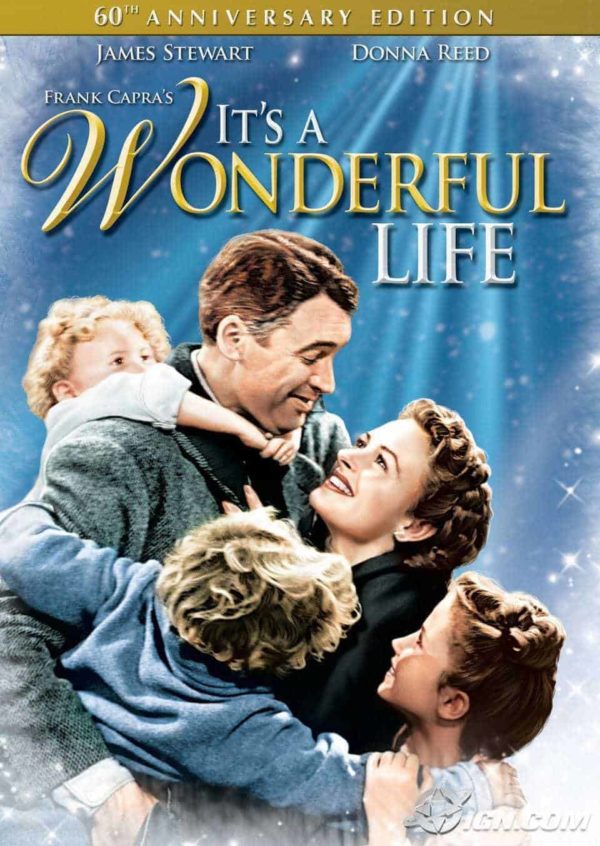 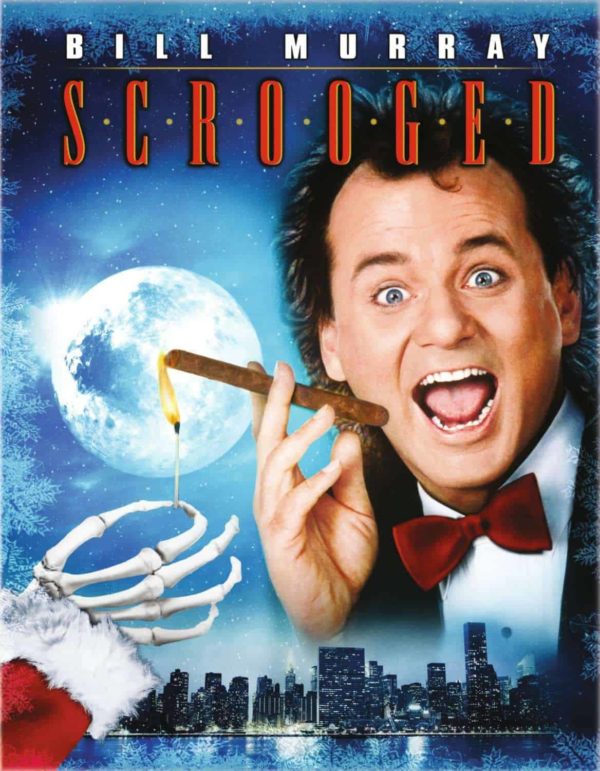 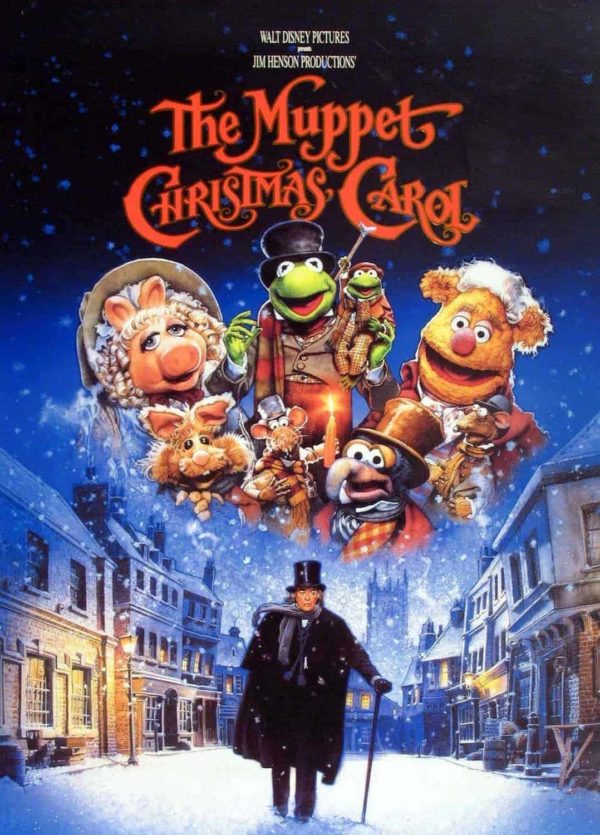 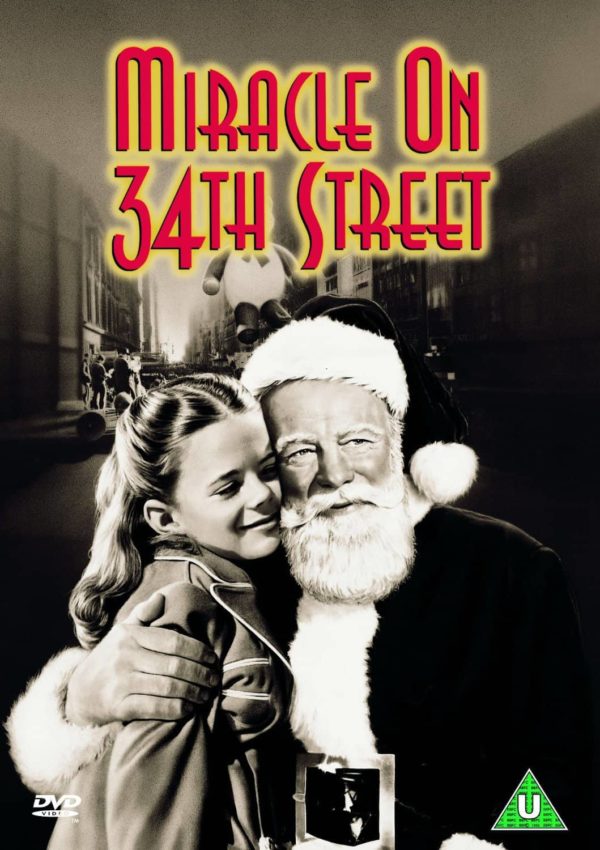 Raymond Briggs’s book came to life once a year throughout many childhoods, as the animated film was shown on British TV with as regularity as Santa coming down the chimney. Nominated for an Oscar, the short animated film tells of a boy whose snowman magically comes to life one Christmas eve and takes him on a magical adventure to the North Pole to meet Santa Claus. Add the haunting song ‘Walking In The Air’ and you have a true Christmas classic.

Love is certainly all around in this ensemble comedy-drama set in the holiday season. The film follows the lives of eight very different couples in dealing with their love lives in various loosely interrelated tales all set during a frantic month before Christmas in London. Even a school nativity play is an opportunity for romance. Comic standouts include Bill Nighy as an ageing rock legend who’s reduced to competing in the race to land a Christmas Number One.

A retelling of the classic Dickens tale of Ebenezer Scrooge, miser extraordinaire. He is held accountable for his dastardly ways during night-time visitations by the Ghosts of Christmas Past, Present, and future. Michael Caine as Scrooge, Gonzo the Great as Charles Dickens, Kermit the Frog as Bob Cratchit – just three of many reasons to love this witty, warm-hearted take on the classic story. Despite the presence of Muppets, it is – believe it or not – one of the more faithful versions of the book.

The Nightmare Before Christmas (1993)

This animated fantasy about what happens when Halloween usurps Christmas is a delightfully spooky treat. Leave it to Tim Burton to give Christmas a dark edge, although this stop-motion animation still has plenty of heart, too. Jack Skellington, the Pumpkin King, is bored with his annual Halloween triumph. A chance visit to nearby Christmas town gives him an idea: he and his spooky friends will stand in for Santa this Christmas! This beautifully realised confection will delight grown-ups of all ages.

It’s unlikely that Bill Murray could ever have got through his career without playing a version of Scrooge. His deadpan delivery was made for this comic take on Dickens’ festive moral tale. Frank Cross runs a US TV station, which is planning a live adaptation of Dickens’ Christmas Carol. Frank’s childhood wasn’t a particularly pleasant one, and so he doesn’t really appreciate the Christmas spirit. With the help of the ghosts of Christmas past, present and future, Frank realises he must change. 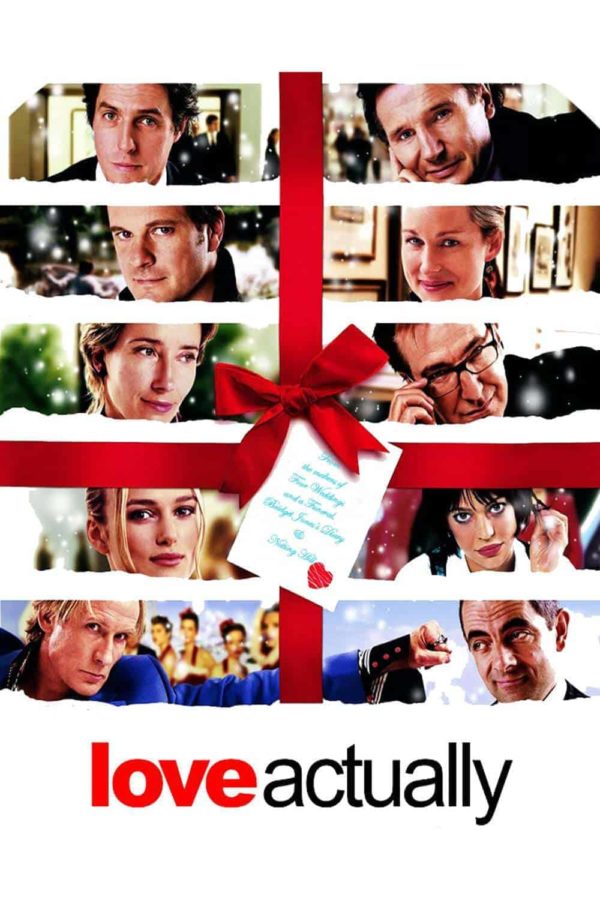 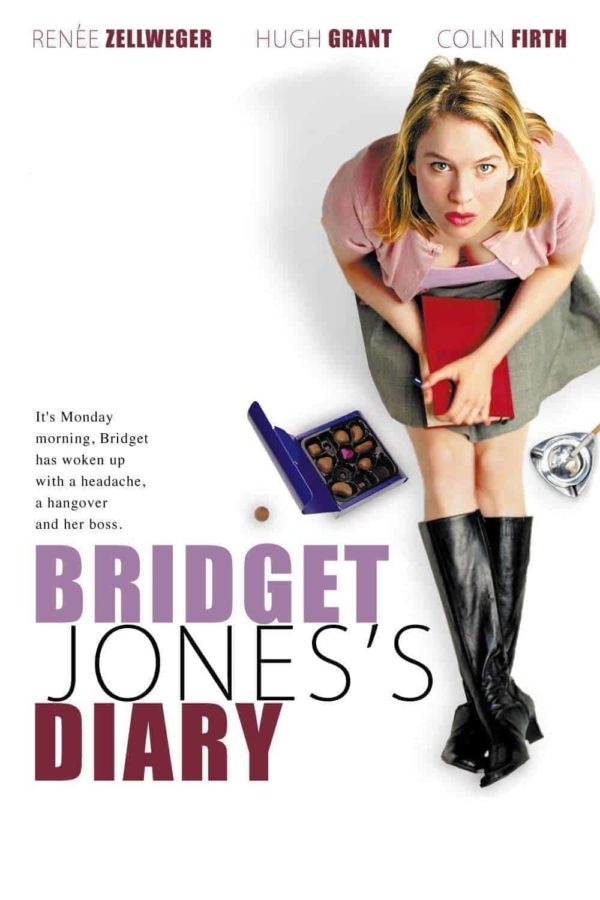 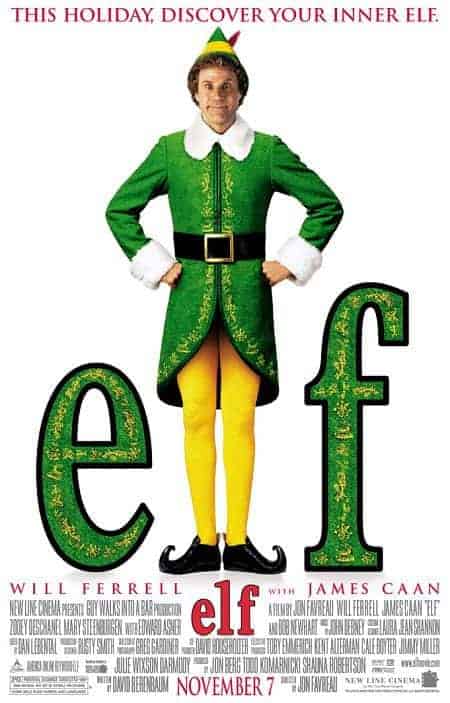 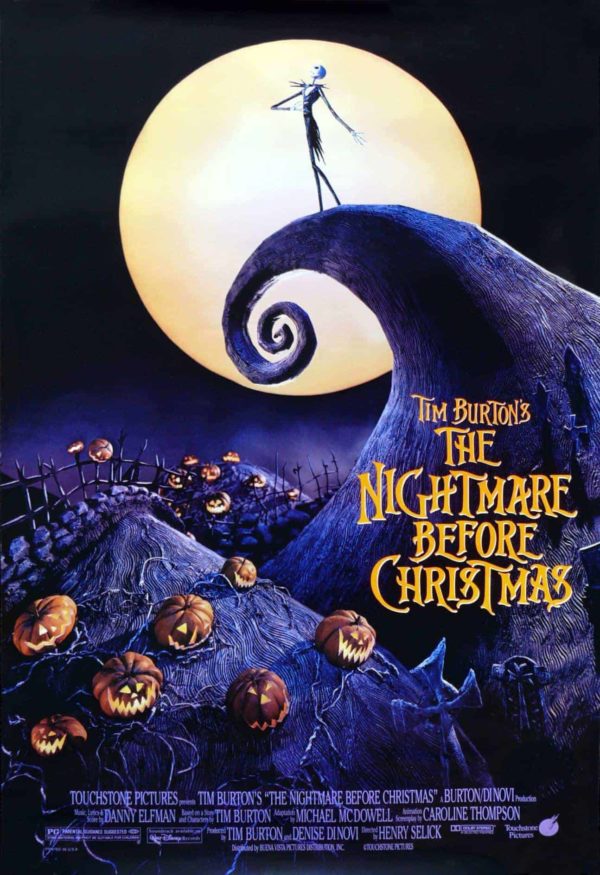 This festive comedy makes full use of Will Ferrell’s man-child charm by casting him as a naive human called Buddy, a baby in an orphanage who stowed away in Santa’s sack and ended up at the North Pole. Later, as an adult human who happened to be raised by elves, Santa allows him to go to New York City to find his birth father, Walter Hobbs. Hobbs, on Santa’s naughty list for being a heartless jerk, had no idea that Buddy was even born. Buddy, meanwhile, experiences the delights of New York City (and human culture) as only an elf can.

Bridget Jones (adorably played by Renee Zellweger) is an unattached 30-something who realises she’s got to change her life. But can a single woman over 30, who smokes too much, drinks too much, and has a tendency to say whatever comes into her mind, find her place in the world… and a man? Bridget thinks she might have met the man of her life (Colin Firth) – but spots him sporting a hideous Christmas jumper. This seasonal wardrobe error plays a pivotal part in the sharp romantic comedy-drama, which also features fellow festive favourite Hugh Grant.