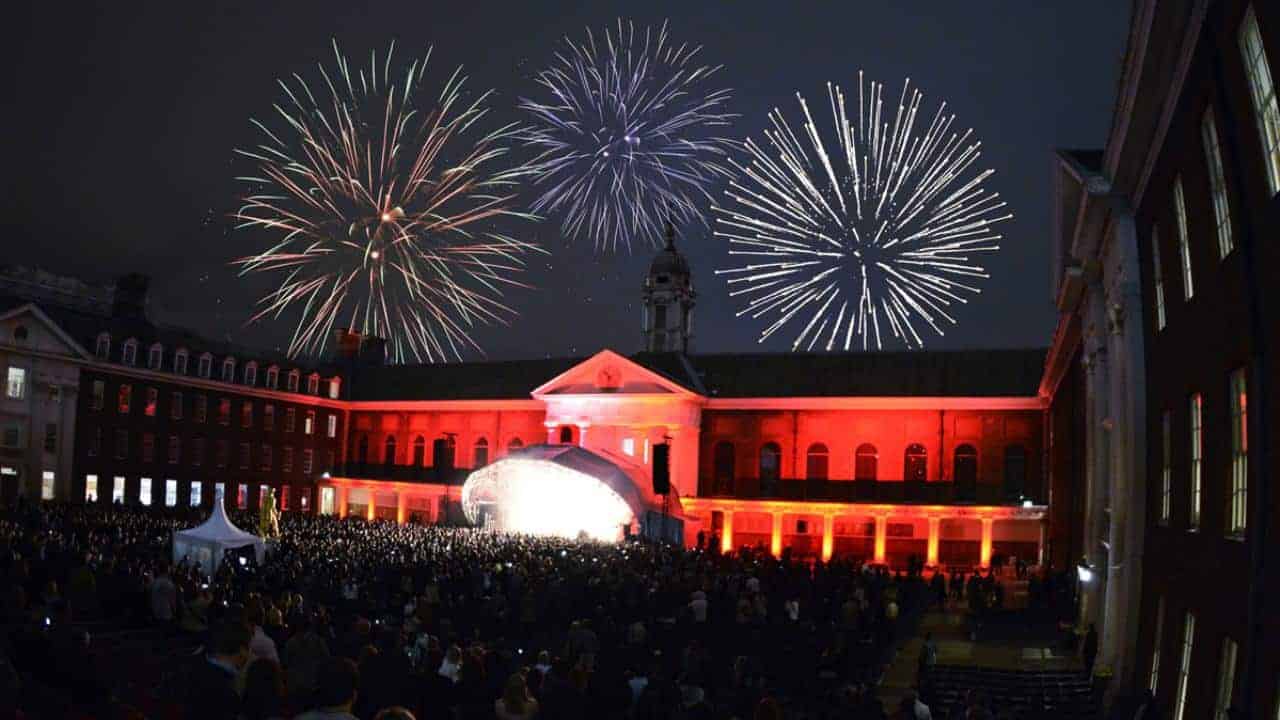 The Royal Hospital Chelsea is a wonderful place steeped in history and is one of London’s best kept secrets. Founded by King Charles II and designed by Sir Christopher Wren, the magnificent site has been home of the Chelsea Pensioners since 1692.

For only the second year, the Royal Hospital is going to be opened up for a special series of concerts called Live at Chelsea. Taking place in the 17th century courtyard known as ‘Figure Court’, due to the central statue of King Charles II, audiences will be treated to very special performances in a truly unique and historic setting.

The 2016 concert series will be kicked off with a bang, quite literally, as the opening evening will feature the inaugural Chelsea Fireworks Prom, sound tracked by the magnificent Royal Philharmonic Concert Orchestra, at the home of the Chelsea Pensioners. And we’re giving you the chance to win two tickets to this years opening night on the 17th June!

To be in with your chance of winning 2 tickets to Fridays performance and complementary Gin and Tea cocktails, please share this competition on Facebook or Twitter and follow us on our social channels too. Good Luck, winner announced on 13th June!