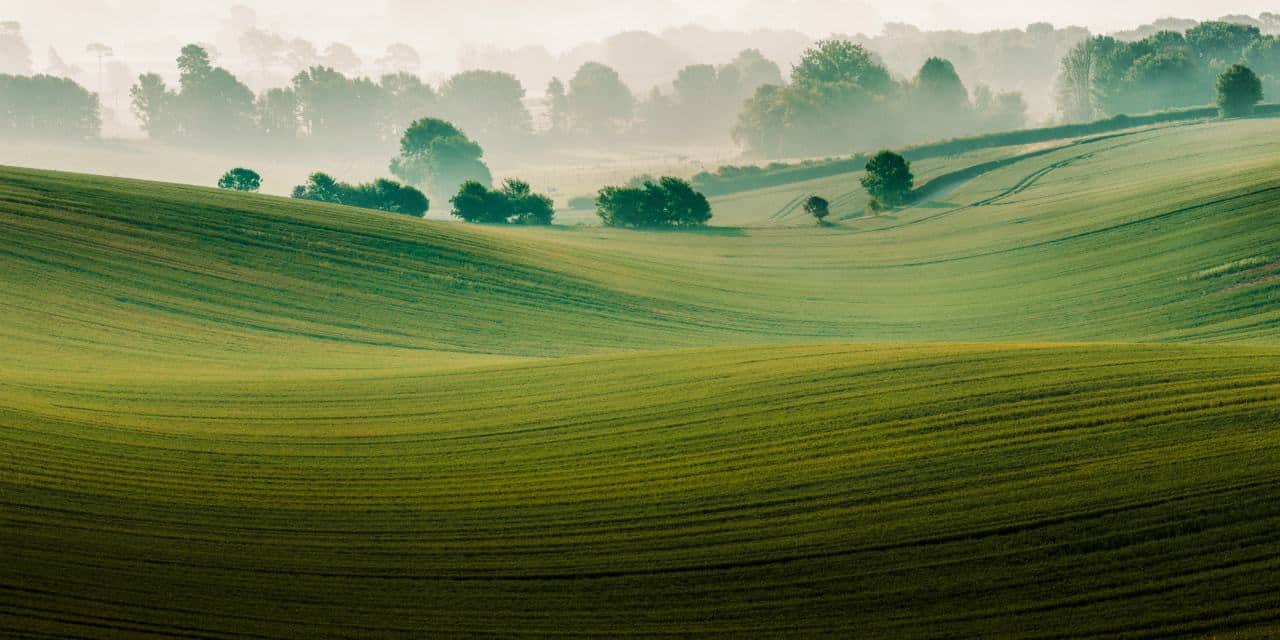 Finn Hopson is a landscape photographer from Brighton. Having spent many years cycling and walking on the South Downs he now spends his time photographing them, trying to capture the unique places, shapes, patterns and textures of the UK’s newest national park.

Aside from taking great photos, he looks after his two tiny daughters, eats a few too many sandwiches and spends quite a lot of time staring out to sea. We caught up with Finn for a cup of tea and chat about the South Downs. 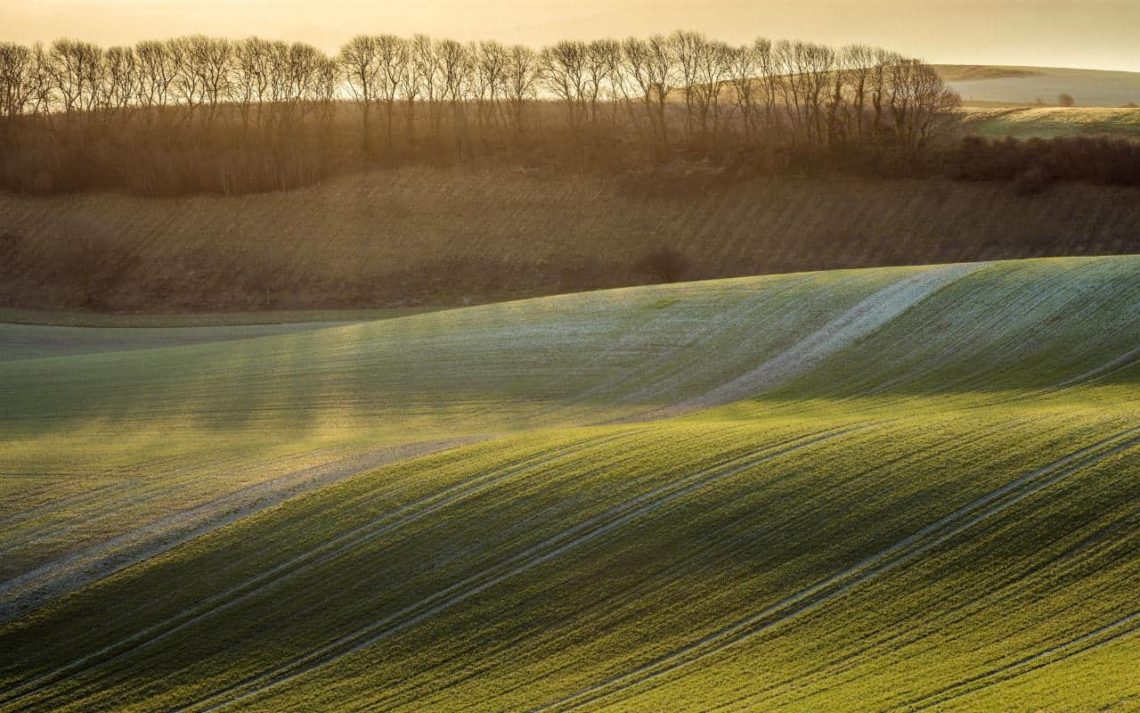 How did you first come to enjoy the outdoors?

As far back as I can remember every family holiday meant camping. With that came all the joys of the great outdoors (wind, rain, mud, fires and sticks mostly) and I honestly don’t have a single bad memory of it. I’ve always enjoyed the simplicity of being outside, with nothing to do but explore and experience a place. I got my first mountain bike aged about 12 and headed straight off up to the hills to discover a love for silly, muddy adventures on a hill that stays with me until today. 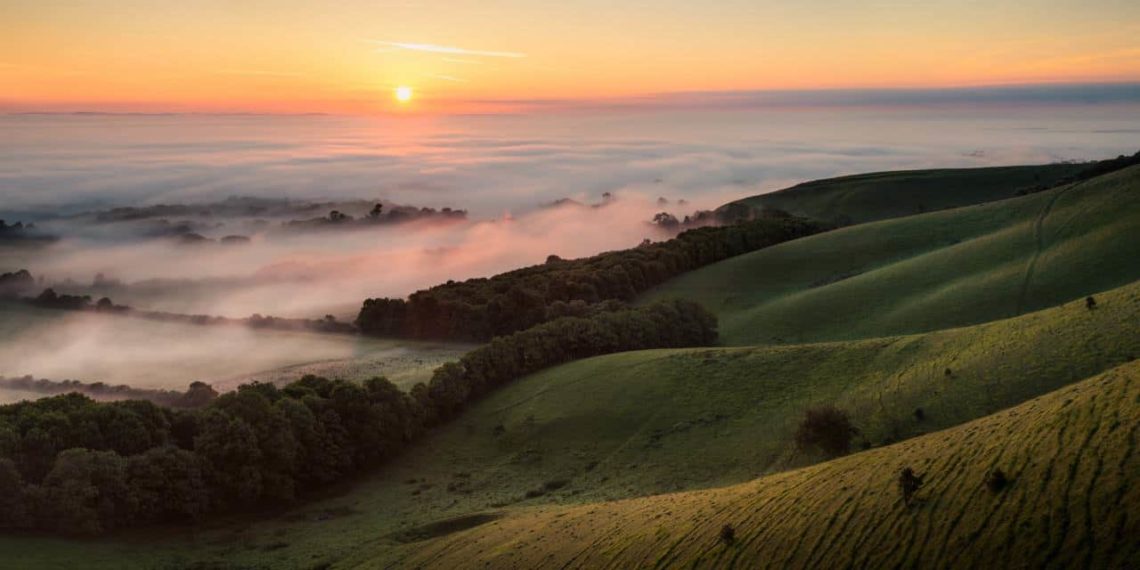 When did you start photographing the South Downs?

I’ve been doing it in some fashion since I was a teenager. I used to take a cheap little camera out with me on bike rides (mostly to try and immortalise some trail or jump on film), we even used to lug some ridiculously large video cameras along with us. Over time I began taking more of an interest in recording the landscape along the way, or in capturing some of the astonishing light or weather we used to see. Six or seven years ago I started taking it all more seriously, often using the bike to recce and plan, then returning later with the ‘proper’ camera to photograph those parts of the Downs that I loved the most. 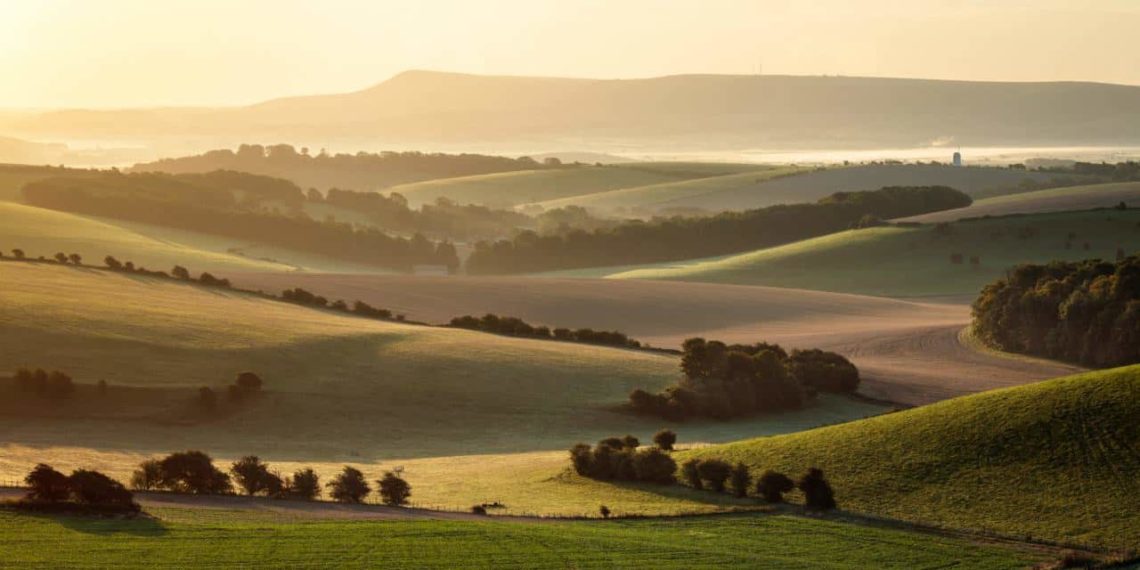 What is it about the South Downs that inspires your work?

Its home. I feel so familiar and comfortable up there and it’s the most natural thing in the world for me to spend time photographing it. The rolling shapes of the hills are endlessly fascinating, and there’s something deeply satisfying about finding a particularly well-organised collection of fields, or layers of overlapping hillsides. Its a gentle landscape but with that comes some beautifully subtle detail that changes throughout the year. I can imagine taking photos elsewhere in the world, but I have a connection with this place that will always inspire me. 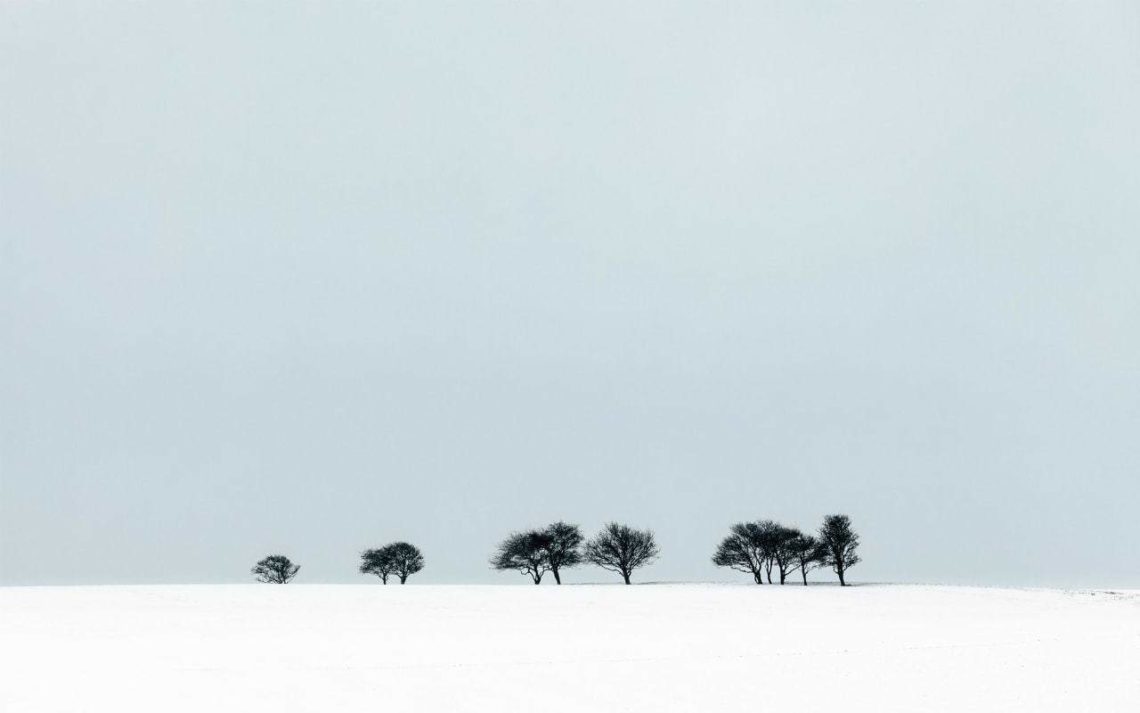 What is your favourite area of the downs?

I have a particular fondness for the rolling escarpments of East and West Sussex, particularly the stretch from Devil’s Dyke and then along the ridge east past Ditchling and along to Firle Beacon. The combination of steep, roughly grazed hillsides tumbling into the well groomed fields beneath is something that I never get tired of photographing. This is also the area of the Downs in which I spent most of my time when I was younger, and which I’m slowly beginning to explore with my own children, so as well as the photographs, these are places that have all sorts of other memories attached.

At what point of the year/season do you love the most on the South Downs?

Early spring and early autumn. Those transitional times of the year around the equinoxes when you really start to see the colour return to the hills, or when the first crisp, misty mornings hint at the start of winter. Of course alongside that, any time that it snows here (very rarely) is absolutely magical. 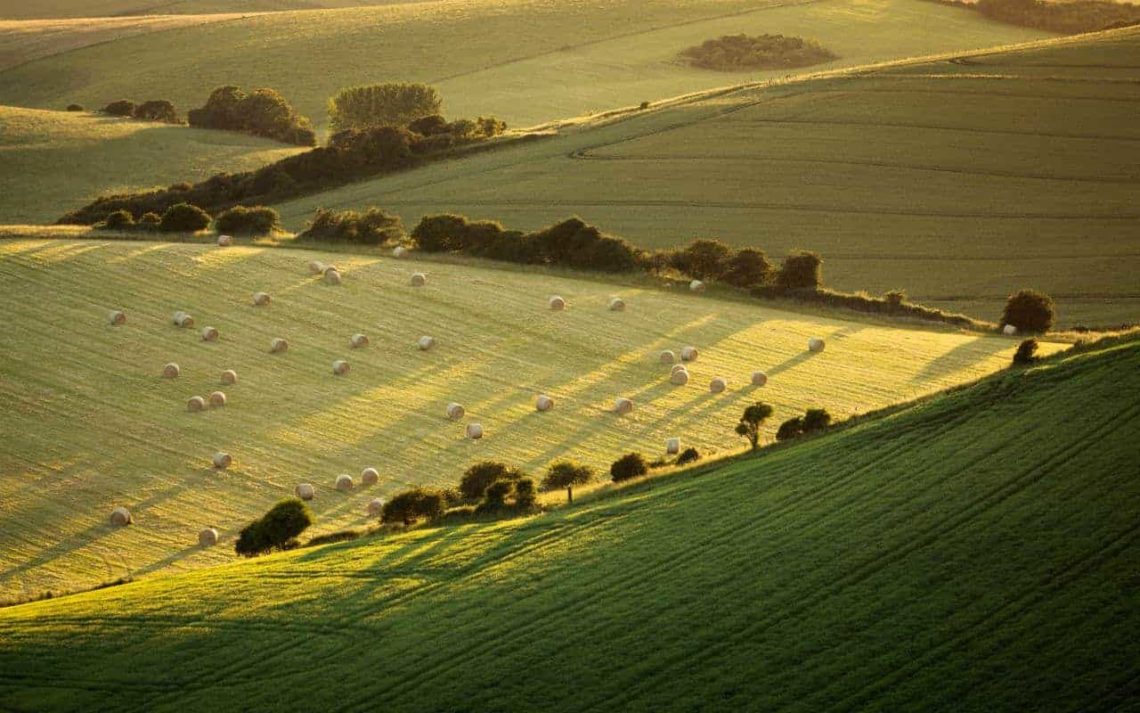 Favourite place for a light refreshment on the downs?

There is a lovely little courtyard at Saddlescombe Farm (near Devil’s Dyke) that does a fab cup of tea and a cake after a walk, or theres always the promise of a decent pint at the Shepherd and Dog in Fulking or the Bull in Ditchling. I think its true of the Downs that you’ve never more than a few minutes from a decent pub or cafe, so we’re spoiled for choice.

His work has been exhibited around brighton over that last two years, and has been featured in magazines, advertising and websites around the world. In 2014 he opened the Brighton Photography Gallery and in 2015 he took on the job of curating the world famous Brighton & Hove calendar, which is now in its sixteenth year. To see more of Finn’s work visit http://www.finnhopson.com 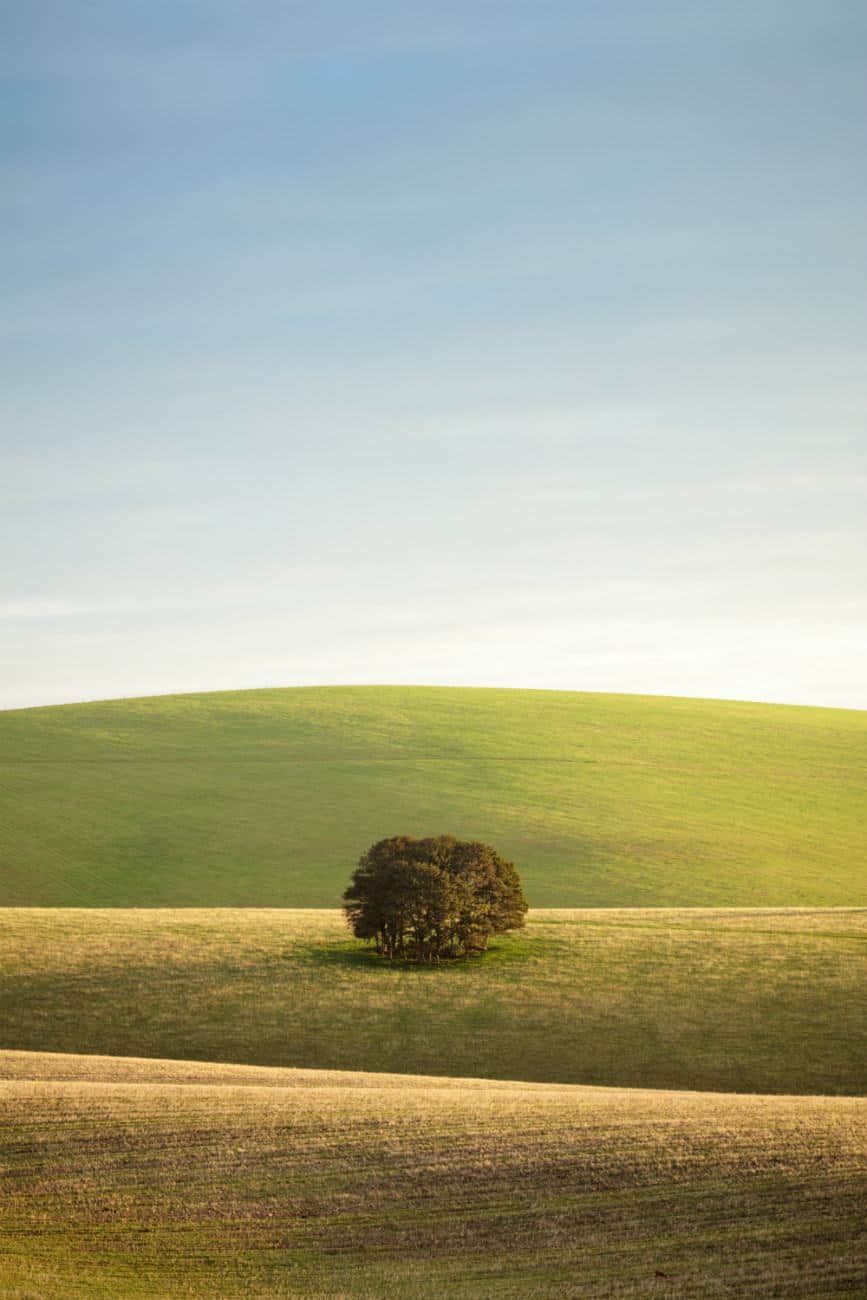